When veteran wrestlers are handing out advice to those who have aspirations of being in the sport of wrestling, they usually tell the in-ring hopefuls to have a plan B. For independent wrestler Victor Andrews, he might just have a plan for every other letter in the alphabet.

The 36-year-old from Brooklyn, New York, has aspirations of wrestling full time for the WWE. He also works with military veterans, is a wrestling trainer, is working on earning a degree in Sports Medicine, cuts hair, and is willing to do whatever it takes to get closer to his life-long dream, which is working in the sport of wrestling.

One thing that you can always count on Victor for is he is always ready to wrestle, and he doesn’t go anywhere without his hair clippers. If he is at an event and he isn’t wrestling, you can be sure to find him in the back of the venue cutting the wrestlers’ hair.

“When I was a kid, there were only two things I had to look forward to becoming, and that was either being a sanitation worker or a drug dealer, said Victor Andrews. “I’m so glad there are opportunities out there like the WWE, and that those other two options weren’t a part of my fate.”

10 years ago, Andrews was doing a lot of acting and modeling, when his agent asked him if he would be interested in going into professional wrestling. Since wrestling was something he loved and wanted to do since he was a kid, he went to check it out.

He ended up at ACE Pro Wrestling in Union City, New Jersey, where he started learning the ropes of the business, and how to take bumps. One day, when Victor was the only one working out in the gym, Jay Lethal came in to get his workout in.

“Since there was nobody else there in the gym training that day, he got into the ring, and began working with me,” said Andrews. “After our workout, he told me to send him some of my matches so he could review them. Jay is a great guy, and to this very day, I can call him up and talk to him about anything.”

In 2009, only after a couple of months of training, Victor had his first opportunity to wrestle in an event that another wrestler didn’t show up for. Victor jumped into the ring and did whatever he was able to do with the limited wrestling skills and knowledge that he had at the time.

Victor started hitting the independent circuit and would take any match that he could get put into. It was in 2012, that Victor met a couple of members from the Gorilla Squad at a wrestling event that was able to introduce him to CW Anderson.

CW gained notoriety in ECW when he wrestled the likes of Tommy Dreamer, Kid Kash, Rob Van Dam, Super Crazy, and Steve Corino. CW currently wrestles with independent promotions across the United States. At that time, CW was training wrestlers at the Fracture Factory in Wilson’s Mills, North Carolina.

“CW was really good about teaching me the things that I hadn’t learned yet. He really helped with getting better bookings,” said Andrews. “He taught me that I needed to know why I was doing certain things in the ring. With his help, I was able to conduct myself in a more professional manner.”

As time went by, Victor started traveling more, and he attended as many wrestling seminars as possible. By being willing to learn from different people, it allowed him the ability to get into the ring with practically anybody and to wrestle any style.

Through CW, Victor was introduced to Steve Corino, a former ECW, and NWA Heavyweight Champion. While Steve was working for Ring of Honor, he started running shows in Hubert, North Carolina, with his own promotion, the Premier Wrestling Federation. In 2014, Steve reached out to Victor and gave him an opportunity to wrestle with the PWF.

“Steve’s promotions gave guys an opportunity to get to bigger wrestling companies,” said Andrews. “The PWF was a way for me to get my foot in the door at Ring of Honor.”

At Ring of Honor, Victor got a spot on the ring crew. He and several others were responsible for setting up and tearing down the ring. One particular day after the ring was set up, and before the show started, Victor was giving haircuts to the wrestlers who needed one.

“One of the production assistants came up to me and asked me what I was charging the wrestlers for a haircut. I told him that I would do it for a match,” said Andrews “After talking to the managers, the assistant came back and said that I had a five-minute tag match against Keith Lee and Shane Taylor.”

Victor’s willingness and hard-working attitude to do anything for the sport of wrestling paid off. Shortly thereafter, Steve Corino went to work for the WWE as a trainer in their performance center at Full Sail University in Orlando.

In 2017, Victor received another phone call from Steve, and this time it was for a match with NXT. Victor and Lars Sullivan ultimately went up against Heavy Machinery in a tag match.

Not only did Victor have the chance to wrestle with some of NXT’s promising up-and-comers, but he also was given a chance to practice his interviewing skills as far as shooting a promo before his match.

“Getting to do a promo for your first time at NXT isn’t very common for an extra there,” said Andrews. “Afterwards, I received a lot of praise and congratulations from Triple H, Matt Bloom, Lars, Heavy Machinery, and several others. They all thought I did a great job.”

After having his match with NXT, it opened more opportunities with the WWE, providing him additional spots on a couple of RAW and Smackdown shows. He was also contacted by several independent wrestling promotions as well.

“My career has really picked up. I have been contacted to do podcasts, and I’ve also been contacted to do an independent movie,” said Andrews. “I recently got my passport as well, and I am making contact with companies outside the U.S. I’m also looking to go overseas pretty soon.”

Victor loves wrestling, and he wants to work for the WWE because of the organizations that they support, such as, the Make-A-Wish Foundation, and the movement against anti-bullying. There is no doubt that Victor wants to wrestle for the WWE, but he would also be happy being a referee, an announcer, or a hairstylist.

“I want to be a part of the WWE in any form or fashion. I will do anything that they need me to do,” said Andrews. “They make me want to be a better person, not just a superstar.”

Favorite wrestler: The Undertaker
Career Highlight: Getting beat up by Bobby Lashley on WWE.
Favorite band: Mobb Deep
Hobbies: Chasing my son around.
Dog or cat person: A dog person
Favorite state: New York
Favorite food: Pizza
A movie I’ve seen multiple times: Transformers
Favorite actor: Will Smith
Favorite color: Blue
A book that you’ve read: The Paw Patrol book that I read to my son.
Favorite dessert: Cookies and milk
A wrestler that I’d love to have a match with Ricochet 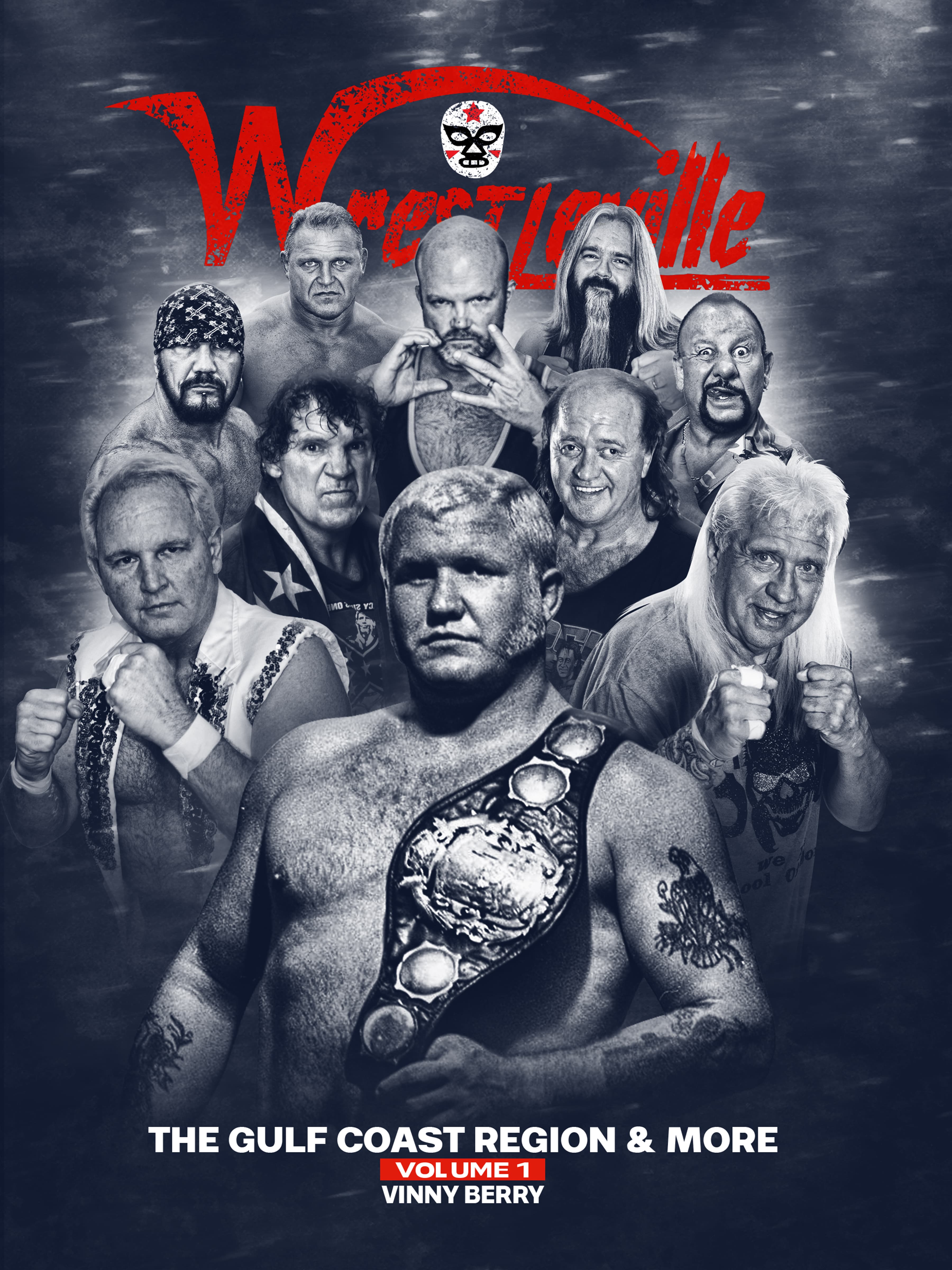